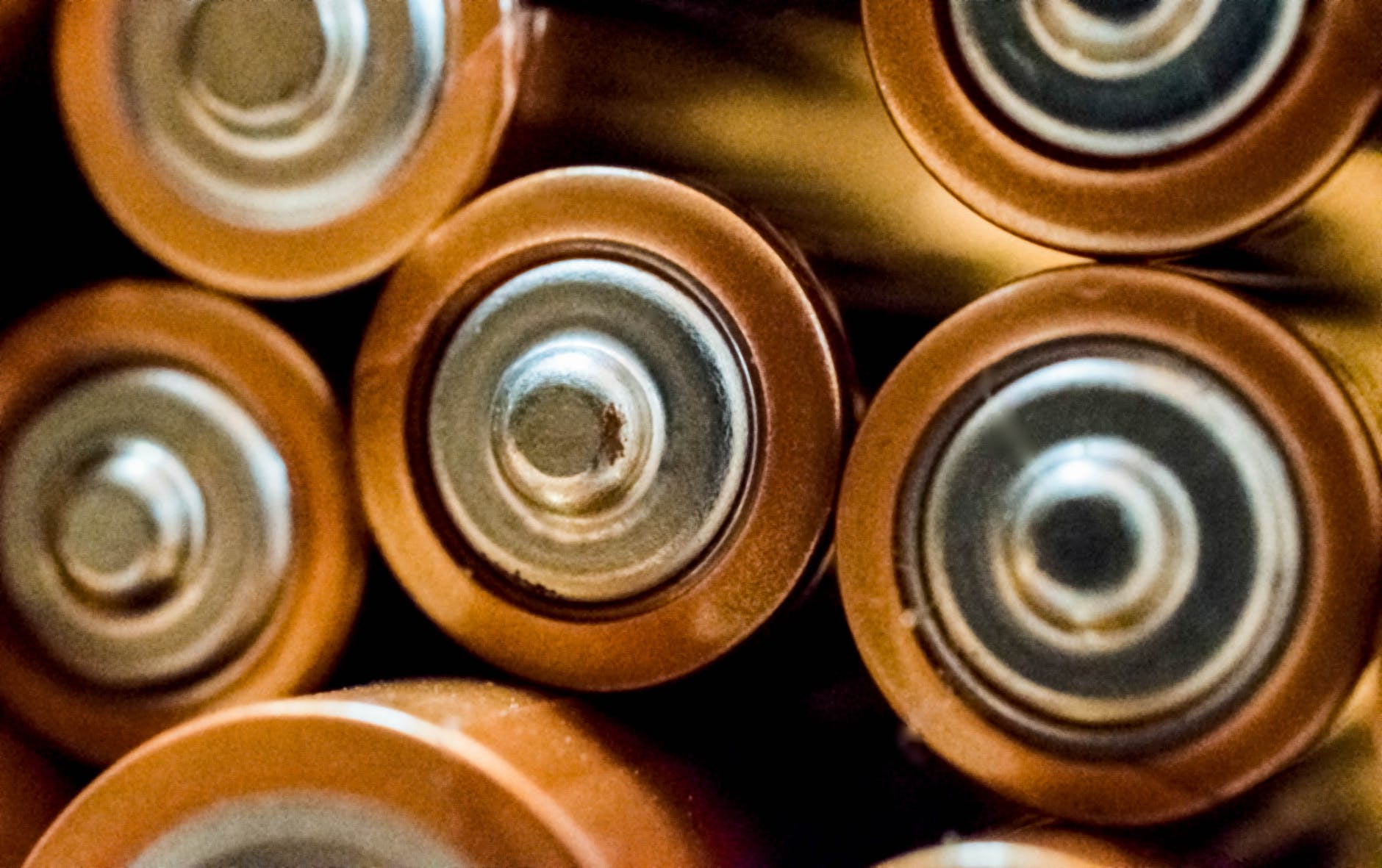 Batteries took over the modern world without changing all that much.

A smartphone, by comparison, has far less in common with the mainframe computers that preceded it. Same goes for the Tesla Model 3 and the Ford Model T. But lithium-ion technology used in today’s batteries has sustained decades of exponential growth—moving from gadgets to electric vehicles, and even spawning a few billionaires along the way—without major changes to its structure since Sony first commercialized the technology in 1991.

That’s not because chemists haven’t tried. It’s just that developing new materials that perform to industrial standards is a very hard problem.

All batteries have four components: two electrodes (anode and cathode), a liquid electrolyte that helps ions move between the electrodes, and a separator to keep the electrodes from coming in direct contact with each other and preventing fires. When a battery is charged, ions flow from the cathode to the anode. When it’s discharged, the ions reverse course.

Energy is stored in chemical bonds between lithium and the other components. It’s converted into electrical energy when the battery is in use.

Charged lithium atoms move from the anode to the cathode, causing electrons to move externally. That’s what powers a device.

As the world moves to rapidly cut greenhouse-gas emissions, the race is on to plug more things into ever more powerful batteries: power grids, trucks, ships, and even airplanes. The innerspace of this crucial technology is finally poised to see dramatic changes, with a number of secretive startups promising breakthroughs. QuantumScape Corp. claims to have created a new battery material that would allow electric cars to travel further and charge much faster—and as a result the startup has a valuation that’s ranged between $13 billion and $20 billion in recent weeks, even without any revenue in sight. Its rivals, including giants like Samsung and Panasonic, are also chasing next-generation batteries.

Before we reach the battery future, it’s important to understand the physical evolution of today’s lithium-ion tech. Billions of people experience phones with faster recharging and cars with longer range, but few of us can explain what’s behind these improvements. It’s a story of tweaks: small efficiencies in manufacturing, small improvements in materials, and small gains in performance.

A battery is judged by how much energy it packs. That key factor is intimately linked to the battery’s charging speed, the number of charge-discharge cycles it can sustain, and safety. Increased energy density can also make it more fire prone. Faster recharge speed can result in fewer life cycles.

Ultimately, price reigns supreme. That’s determined by how much energy the battery can store, the materials used to make it and the thickness of electrode coatings that can be deployed without harming performance. The lower the cost, the cheaper the electric car.

For the past decade, small developments have had the cumulative effect of cutting the cost of lithium-ion batteries by more than 90%. With future developments in the pipeline, clean-energy research group BloombergNEF expects costs to decline by half in the next decade. EVs are now already competitive in many countries if you include the fuel costs over the car’s life, but as battery costs fall further even the sticker price of EVs will be cheaper than that of a gasoline-powered alternative.

Going back to the start, the lithium-ion battery came out of a research lab at Exxon back in the 1970s. The lithium metal used to make the battery’s anode kept causing fires, which led to Exxon dropping the idea. Academic interest continued, with scientists from different parts of the world developing safer materials.

American scientist John Goodenough found that cathodes made entirely of cobalt were safer and stored more energy. The discovery won him the Nobel Prize in chemistry in 2019. Then Moroccan scientist Rachid Yazami found that using graphite, a form of carbon, as the anode made a lithium-ion battery much more stable and thus helped it last longer. Finally, Keizaburo Tozawa, head of Sony’s battery division in the 1990s, put all these inventions together to create the first commercial lithium-ion battery.

Even though cobalt is an expensive metal, it remained affordable for small batteries inside early laptops and mobile phones. But once lithium-ion batteries started moving into electric vehicles, chemists looked to introduce cheaper metals, such as nickel, manganese and even iron.

Let’s look inside the black box that is the battery to understand how we got here and where things will go next.

Cutting Down on Cobalt With NMC

One of the early cobalt alternatives to emerge was the use of nickel and manganese, which exceeded cobalt’s capability of storing lithium ions. But losing cobalt completely wasn’t possible. Chemists learned that cobalt played the role of a teacher in a school, disciplining unruly lithium ions as they moved and ensuring that the battery lasted a higher number of charge-discharge cycles.

Over a few years of research, chemists managed to increase the thickness of anode and cathode material, which are the energy carrying chemicals in the battery, relative to other parts. Through trial and error, they also found a mixture that could use less cobalt and more nickel. All that helps store more lithium ions per unit volume and mass, which helps increase the energy density of the battery. That, in turn, increases the range of the car and decreases its sticker price.

Instead of manganese, Tesla and its battery-production partner, Panasonic, found that aluminum could also do the job. At the time, it was considered a riskier bet than NMC chemistry but the gamble paid off for Tesla. NCA was also cheaper than NMC, because it further lowered cobalt use. The chemistry became the mainstay of Tesla’s cars, which often boast superior performance relative to other electric vehicles.

Tesla’s battery chemists also found that sprinkling a little bit of silicon oxide, like pepper on pasta, helped reduce the amount of graphite needed to store the same number of lithium ions. That helped reduce the weight of the battery without sacrificing performance and cut its cost. The Model 3 launched with this new chemistry and helped Tesla produce its most affordable car to date.

No Need for Cobalt With LFP

The ultimate goal for current-generation cathode materials is to eliminate the use of cobalt altogether. An early attempt at this was the development of LFP chemistry, which made use of iron available at dirt cheap prices. The battery performed well on most metrics, but it wasn’t able to store as many lithium ions as cobalt-rich cathodes could.

The cost benefit, however, was big enough that LFP batteries found use in cheap electric vehicles, like taxis, and in electric buses that needed much larger battery packs. Because buses need much larger battery packs and taxis needed to be as cheap as possible, it helped to make the cheapest lithium-ion battery the top candidate for a different segment of the EV market.

More than a decade of tinkering has helped LFP batteries improve performance, even though it still remains behind cobalt-based cathode chemistries on energy density. The main boost came from building a stable battery with thicker electrode materials. In the complex chemical mixture that is a battery, a slight gain in thickness is no small feat.

Into the Solid-State Future

The end game for anode in a lithium-ion battery is to use metallic lithium. The quest to create this material has led to disastrous outcomes. Lithium metal is unstable and prone to catch fire. Inside a battery, when charging and discharging, it also has a tendency to form thin threads called dendrites that can cut through the separator and come in contact with the cathode. This causes a short, and then a fire. Battery fires are much harder to douse than those involving combustion.

Battery chemists have spent decades trying to manage the dendrite problem. One promising effort is the use of solid electrolyte to replace the liquid in the system and suppress the formation of dendrites. This technology would earn a new name: the solid-state battery. If solid-state batteries come to market in the latter half of this decade, as expected, they are likely to represent a big leap in battery performance, extending EV range by as much as 50% and cutting down charging times to as little as 15 minutes.SOLID-STATE 2025STRUCTUREElectrode coating thickness100 ?m20 ?mCathode materials80%Nickel10%Manganese10%CobaltAnode materialLithiumPERFORMANCEEnergy per unit volume04008001200SOLID-STATE20251044 Wh/lRange0100200300400SOLID-STATE2025342 km

With lithium metal looking like a promising anode material, battery chemists are once again looking to find new cathode materials. These new cobalt-free materials are expected to boost energy densities further, which may make batteries light enough to power electric planes. From the labs of Exxon to upending the auto industry, lithium-ion batteries have come a long way. And, yet, it’s still just the beginning for the world to exploit the potential of this clean-energy technology.

Correction: The article previously stated Goodenough was British. He is American but did his Nobel-winning work at the University of Oxford in the U.K.Data analysis by: James FrithEdited by: Aaron Rutkoff and Yue QiuMethodology

The batteries shown above are modelled on the real world energy densities achieved for the given chemistries in the given year. The thickness of the anode and cathode layers have been calculated in order to meet these real-world energy densities. The thickness of the current collectors are based on industry trends over the last decade and are estimates of what’s likely to have been used in cells. The range offered by a battery chemistry has been calculated based on the estimated pack-level energy density for a Tesla Model S with a 60kWh battery pack. The prices are the volume-weighted average prices from BloombergNEF’s Battery Price Survey. The energy density for solid state cells are calculated estimates. 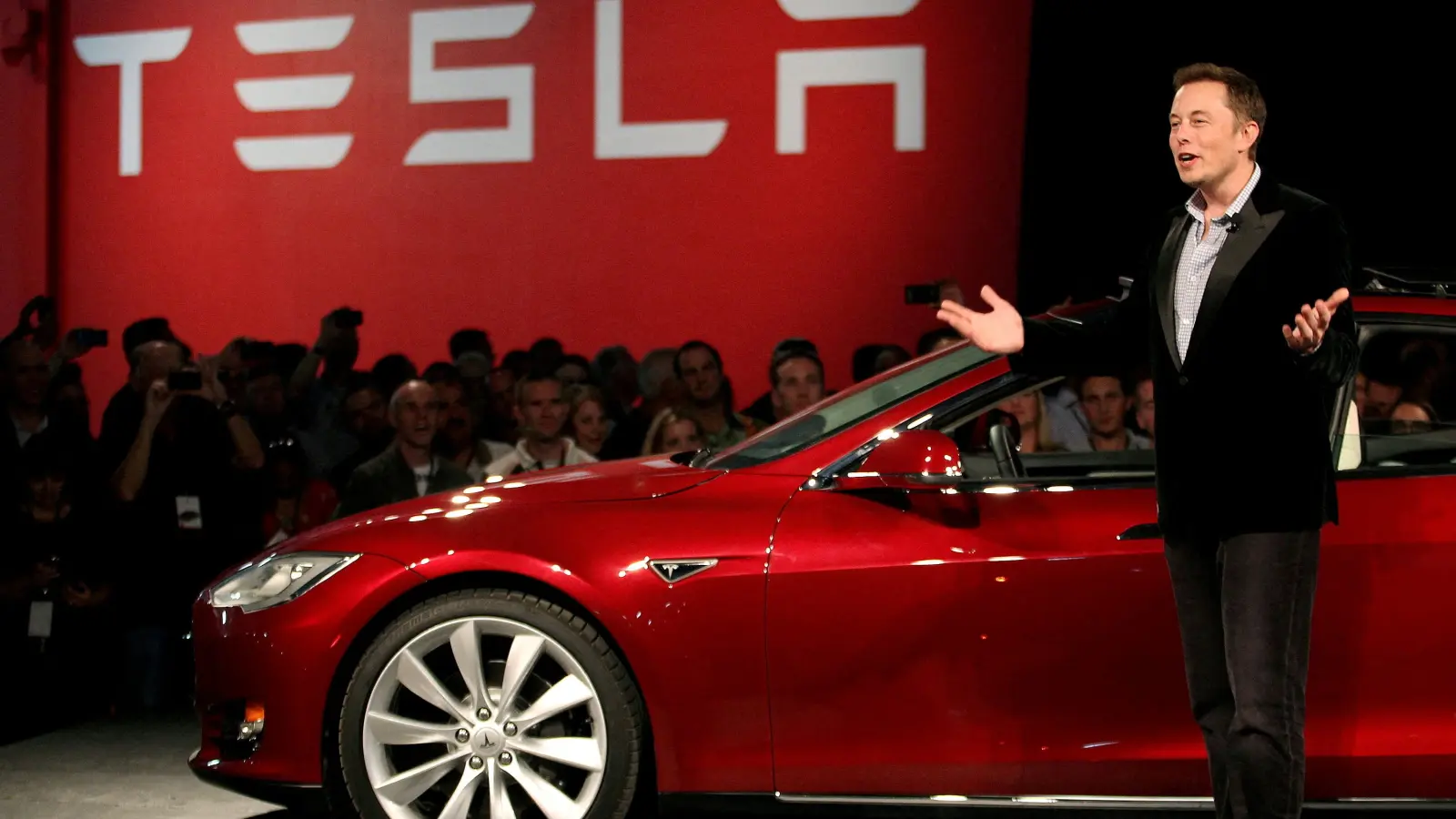 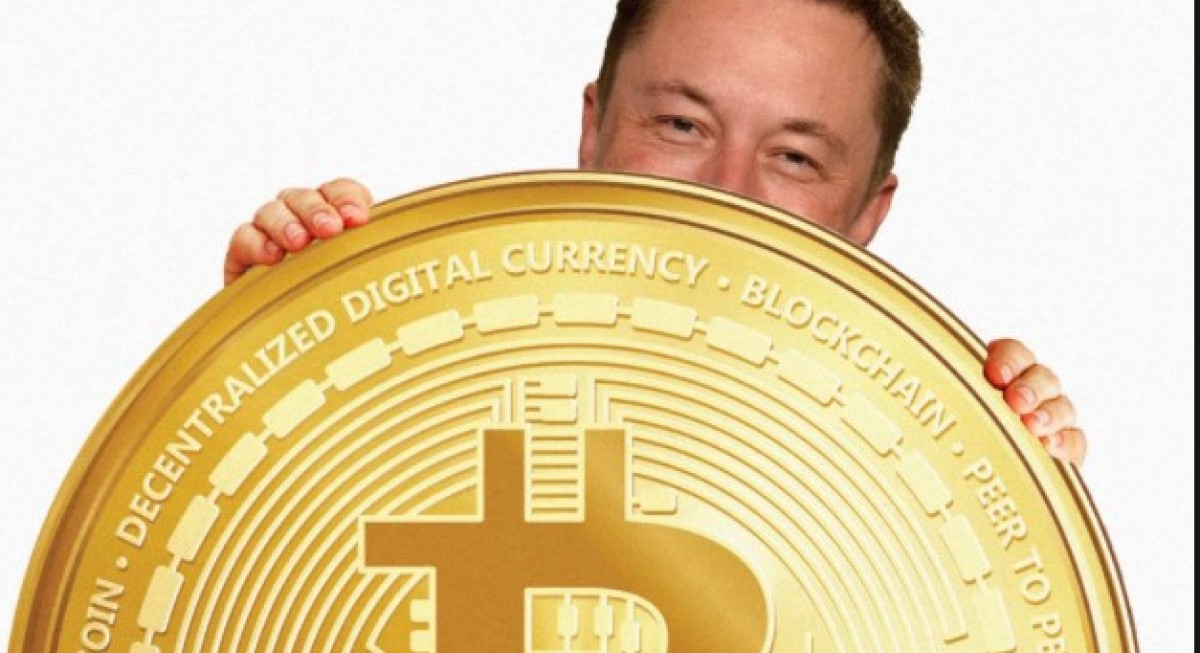 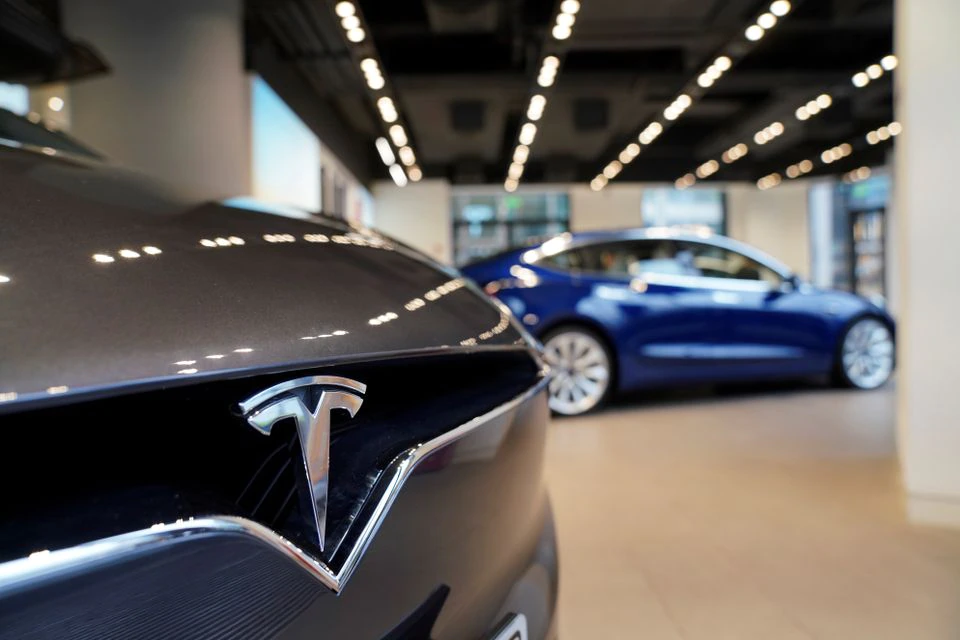 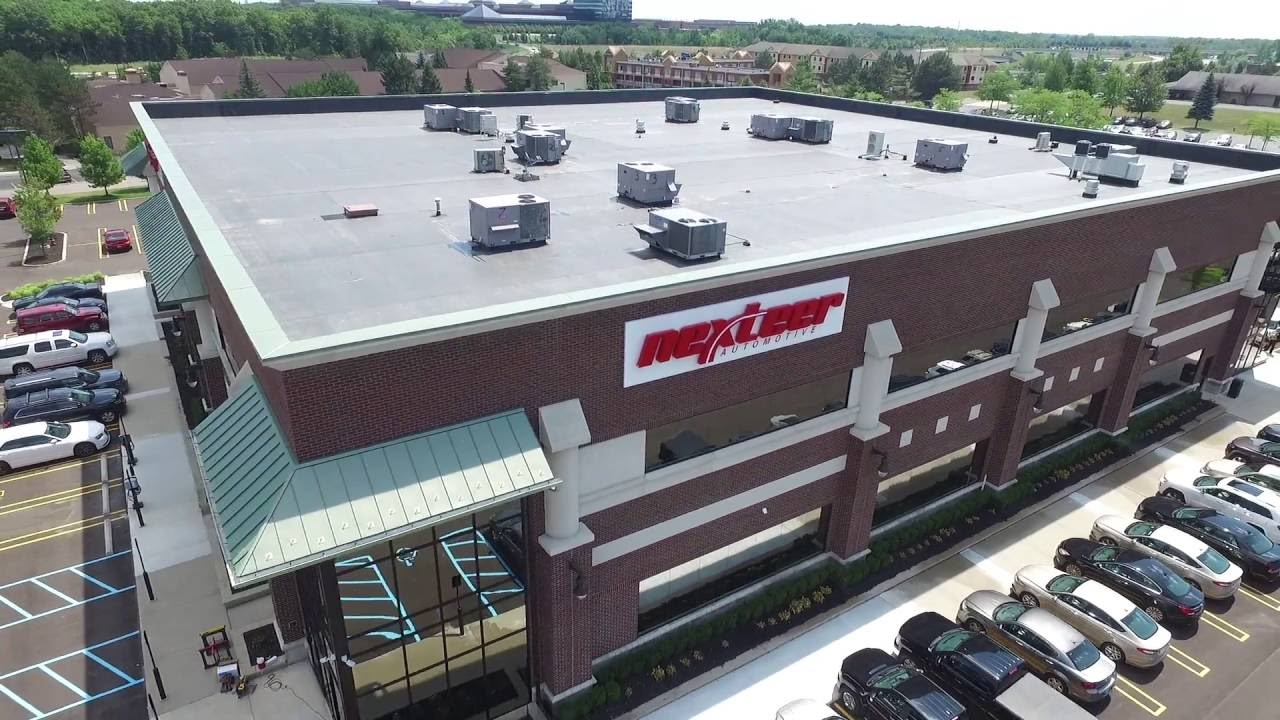 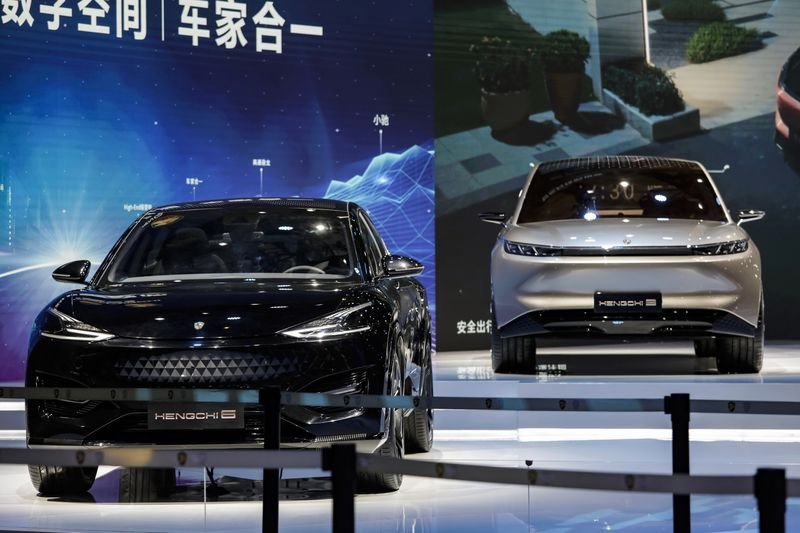 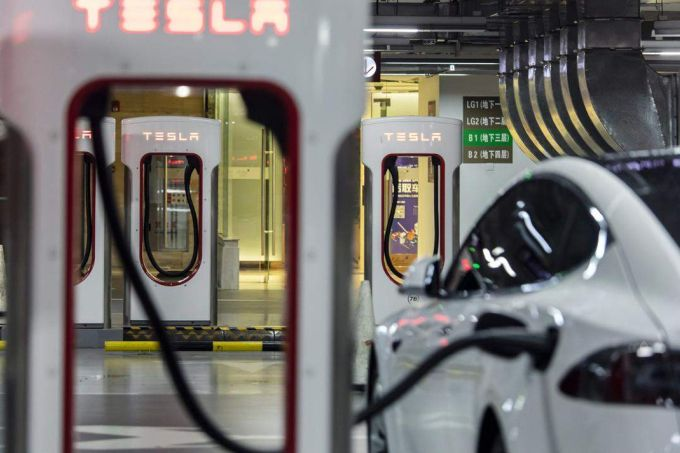 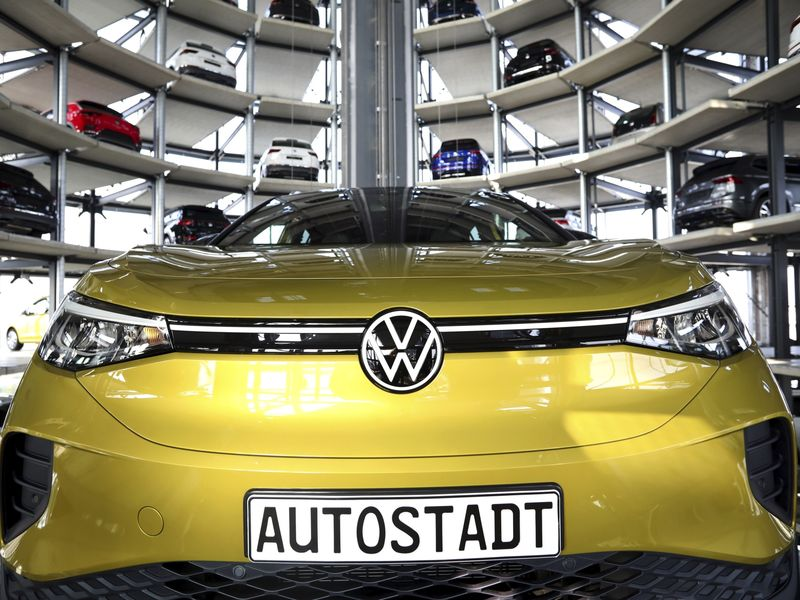