The possible breakthrough in one of the headwinds adds to our investment case for China Tech. Here we discuss the developments concerning the delisting risks of US-listed Chinese companies.

• Delisting concerns crept up over the past year and peaked in mid-March when the SEC announced for five US-listed Chinese companies to be delisted by 2024.

• The whole contention hinged on the fact that Chinese authorities did not allow the PCAOB to conduct on-site audit inspections of the US-listed Chinese companies, due to concerns about releasing confidential data to the US.

• But, on April 1st, Chinese regulators proposed a rule change that would enable Chinese companies to meet the US audit requirements, which signalled their commitment to supporting overseas listings and the equity market.

• Although the rule changes have yet to be finalised, this is a positive development, reinforcing our view of China Tech’s recovery. Moreover, China Tech’s strong fundamentals and attractive macroeconomic backdrop add to the positivity.

Through 2021, the possibility of US-listed Chinese companies needing to delist further added to the myriad of concerns that weighed on the index – including China’s regulatory crackdown on Tech, US-China tensions, Covid-19 lockdowns, and most recently, the Russia-Ukraine war. (Figure 1)

However, on 1st April, Chinese regulators proposed a rule change that would enable Chinese companies to meet the US audit requirements, which should help the companies to remain listed in the US.

This is a significant turn in direction, which to us, is really good news and would be considered a major milestone of progress towards the recovery of China Tech.

Delisting fears crept up as the US enforced the HFCAA

Before diving into the good news, we trace back how the delisting concerns weighed on the China Tech market. (Table 1)

Delisting concerns heightened in December 2021, following the news of Didi’s (NYSE: DIDI) potential delisting, and then the SEC outlining the enforcement of the Holding Foreign Companies Accountable Act (HFCAA).

The HFCAA is a new law passed in December 2020, which requires all US-listed foreign companies to allow the US Public Company Accounting Oversight Board (PCAOB) to inspect their audit books and to disclose government ownership. If the companies fail to meet the requirements for three consecutive years, they could be delisted.

The situation further worsened in 2022, and Hang Seng Tech index plummeted -11% and -8% on 14 and 15 March 2022 respectively, following the announcement by the SEC that they have identified five US-listed companies to be delisted in 2024, for their failure to comply with the HFCAA. The five names included BeiGene (NASDAQ: BGNE), Yum China (NYSE: YUMC), Zai Lab (NASDAQ: ZLAB), ACM Research (NASDAQ: ACMR), and Hutchmed (NASDAQ: HCM).

The strong stock market reaction was because given the status quo (with no rule changes), it marked the beginning of the US identifying more and more companies to delist (possibly all ~200 listed in the US).

The whole contention hinged on the fact that Chinese authorities did not allow the PCAOB to conduct on-site audit inspections of the US-listed Chinese companies, due to concerns about releasing confidential data to the US.

This is the first relatively concrete step Chinese regulators have made which gives confidence that the Chinese government intends to walk their talk – having previously announced a couple of times that they continue to support overseas listings, aim to stabilise the financial market, and strengthen regulatory communication between US and China.

This move also shows that China is continuing its progress towards the opening up of its financial markets, and does not want to lose its financing channels in the US. This suggests that the risk of delisting significantly declines.

Moreover, on 9th April, CSRC (China Securities Regulatory Commission) Chairman Yi Huiman’s speech further showed support for this change – mentioning that the CSRC should encourage cooperation in audit supervision and that the implementation of the new rules should be accelerated.

Nevertheless, the most likely outcome would be for certain companies that are deemed as sensitive and involving national security to be delisted from the US, while the majority of companies do not need to face a delisting. For example, in November 2021, Chinese regulators asked Didi (NYSE: DIDI) to delist from the US because of concerns about the leakage of sensitive data.

Finally, the risk is not entirely off, as the rules still need to be finalised and the US still requires proof of audit compliance. Until both sides reach an agreement, the risk still lingers (although much lower now).

Prior to this, we wrote in our 2022 outlook that the delistings should not be a huge concern as we recognised that the CSRC continued to support for US-listings, that companies had options to list elsewhere and that the earliest delisting would take place in 2024. And with the recent developments, this milestone of China’s willingness to amend rules to support its equity markets and overseas listings reinforces our view of China Tech’s recovery.

To sum things up, throughout the US-China tensions and the regulatory crackdown, Chinese Big Tech companies have continued to deliver earnings growth, demonstrating resilience and strength in fundamentals. (Figure 2)

Additionally, on 29th March, data from Wind showed that out of the 130 mainland-listed companies that had reported, 114 of them reported better than expected results.

On the macroeconomic front, China stands attractive as the country is in a different cycle as compared to the other key markets – inflation is not a major issue in China (Figure 3), which gives the government more leeway to keep monetary policy accommodative to support the economy. Most recently, the People’s Bank of China (PBOC) announced a GDP target of 5.5%.

Therefore, we think that China stands attractive for investors and China Tech should see equity market strength as the regulatory overhang eases. 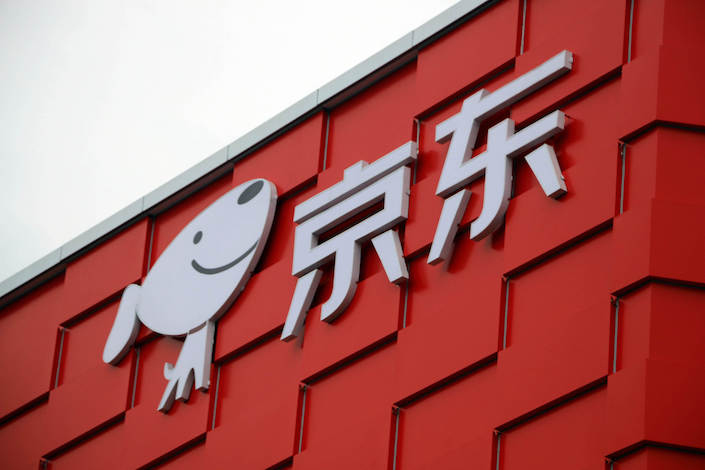 iFAST: Upgrading Chinese equities: If there is ever a good time to enter China’s stock market, it is now. Research - Unit Trusts/ ETF

iFAST: ETF Insights – As China becomes a powerhouse in the EV space, here’s an ETF to watch for (Jan 2022) Research - Equities