Baijiu consumption on a recovery trend

? Most of the baijiu companies said their logistics services gradually recovered in May,
and they accelerated product shipments to distributors. Most premium baijiu players
completed c.50% of their full-year sales target by end-May.
? The baijiu companies are currently maintaining the original sales targets for FY22F
unchanged, indicating their confidence in a sales recovery in 2H22F.
? Our top picks for the baijiu sector are Moutai, Fen Wine and Wuliangye.

2Q is usually a low season for baijiu companies, contributing c.20% of annual sales, of
which the sales contribution during the Dragon Festival period is less than 10%, based on
our estimate. Owing to the lockdown policy since Mar, the distributors currently have quite
low channel inventory of less than 1.5 months. With the logistics services recovering across
the country, baijiu companies gradually made product shipments to replenish distributor
stocks in May, preparing for the Dragon Festival holiday in early June. Since the lockdown
in the Shanghai area ended on June 1, we expect consumption in Shanghai to recover in
June. Luzhou Laojiao management said that baijiu consumption has not fully recovered
yet, particularly in the catering channel, and that the first priority for the company is to
closely monitor channel inventory to ensure stable prices in the near term.

Wuliangye said sales of 8th generation Wuliangye from Jan to Apr reached 50% of its
annual sales target. Based on our channel checks, we expect Gujing and Laojiao to also
have achieved 50% of their annual sales targets, while Fen Wine reached 50%–60%.
Moutai, Wuliangye, Laojiao, Fen Wine, Yanghe, Gujing and King’s Luck currently maintain
their sales growth targets for FY22F unchanged, implying their confidence in a sales
recovery in 2H22F. No particular baijiu brand has a significant market share in the Shanghai
market. We estimate that annual sales in the Shanghai market for Laojiao, Fen Wine,
Gujing and Yanghe will be no more than Rmb500m each. We expect baijiu companies to
still achieve strong sales growth during the upcoming peak sales season, i.e. the Mid-Autumn Festival (10–12 Sep).

Yanghe said its three key brands – Blue Sea, Blue Sky and Blue Dream – contributed over
75% of total sales in FY21, with sales of Blue Dream accounting for over 30% of total sales
and the sales portion of its star product, Dream 6+, exceeding 50% of Blue Dream sales.
Management said that the company’s main price bands are Rmb100–400 per bottle and
Rmb500–800 per bottle, that it has gradually upgraded its key products, such as M3/M6
and Blue Sea/Blue Sky, in the past two years, and that market acceptance of these new
products is improving. Yanghe said it has accelerated product shipments since mid-May,
and King’s Luck said its sales growth in May had turned yoy positive in the Jiangsu market.
Gujing said baijiu consumption in Anhui and Henan provinces recovered almost to normal
in May.

On 26 May, Moutai announced that it would invest Rmb1.6bn to construct 30 baijiu storage
depots in the Zhonghua area, with total designed baijiu storage capacity of about 36.8k
tons. It will also increase investment by Rmb707m, Rmb817m and Rmb127m in three
major technological transformation projects to improve its Moutai base liquor production
capacity. On 29 May, Moutai launched its first non-liquor product, ice cream, in both online
and offline stores in Guiyan city. The first day’s ice cream sales on its own e-commerce
platform, iMoutai, and its first ice cream flagship store in Guiyan city were Rmb2.5m and
Rmb200k, respectively. Moutai ice cream was jointly developed by Moutai and Mengniu
and currently has three flavours: Qingmeizhujiu (????), Classic original (????)
and Vanilla, with retail price of Rmb59, 66 and 66 per unit, respectively. Moutai ice cream
will be gradually launched in seven major cities in China: Nanjing, Hangzhou, Changsha,
Guangzhou, Shenzhen, Wuhan and Xi’an. Through the Moutai ice cream launch, we see
management’s target of attracting the attention of more young consumers to Moutai
products.

Our top pick in the baijiu sector is Moutai, due to its strong sales visibility with new initiatives
in brand and channel transformation. We also like Fen Wine, since it is actively exploring
new markets and consistently achieves outstanding performance. We like Wuliangye due
to its channel reforms and cheap valuation. We believe Wuliangye will raise its first-layer
wholesale price and improve its penetration into the group customer channel in FY22F. 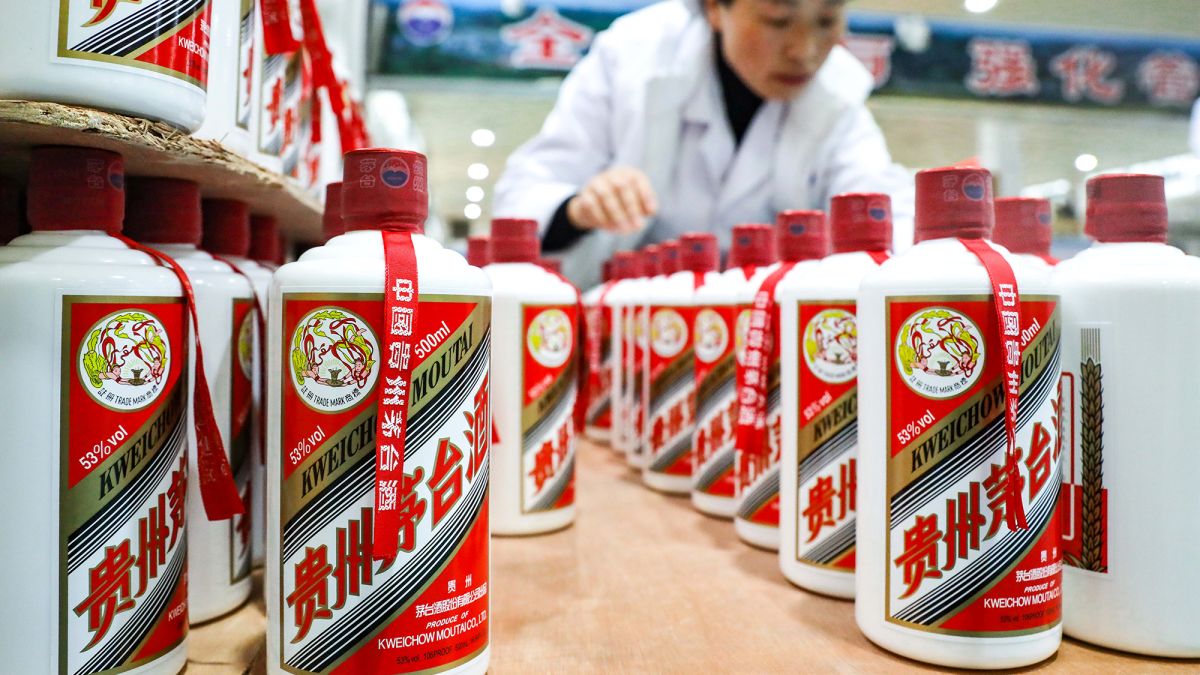 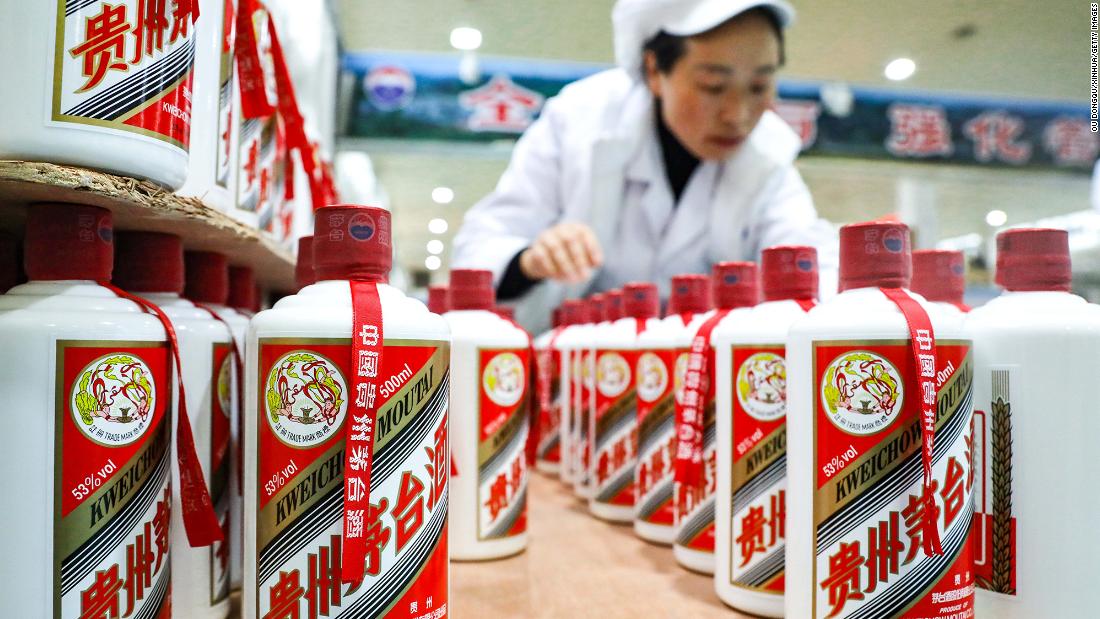 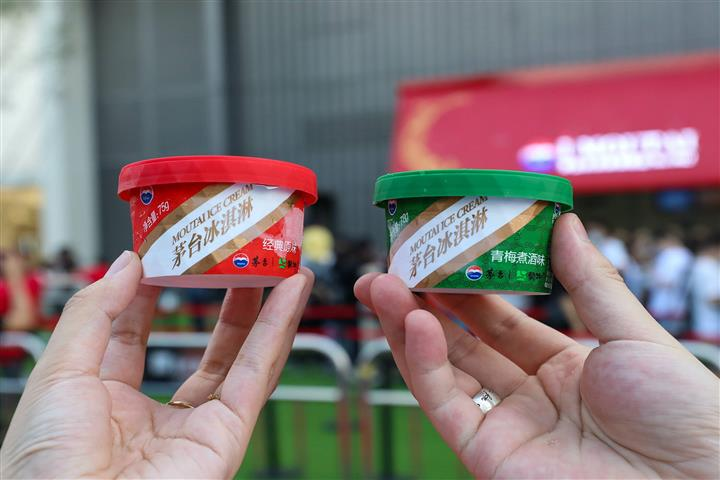