American officials increasingly see China losing diplomatic ground in Asia as Pentagon chief Lloyd Austin heads to Singapore for a regional security forum that will include a meeting with a top Chinese defense official.

Determined not to be distracted by the war in Ukraine, administration officials say China has provided an opening for the US to solidify relationships in Asia. That’s in large part because of President Xi Jinping’s insistence on Covid-zero policies that have crimped economic growth, as well as a growing backlash against China’s assertive foreign policy.

China has accused Washington of seeking to encircle it with a NATO-like system of alliances and recently pressed Pacific Island nations to sign security and economic deals that sparked alarm in Australia and the US. It’s also providing diplomatic support for Russia following its invasion of Ukraine and stepping up military activity around Taiwan, further worrying the island’s government as well as nations that dispute Beijing’s expansive territorial claims in the South China Sea.

Austin, who arrives in Singapore on Thursday, will seek to press what administration officials see as their advantage heading into a meeting with Defense Minister Wei Fenghe on the sidelines of the Shangri-La Dialogue in Singapore this weekend, according to US officials. It’s their first in-person meeting and follows a phone call in April.

“There is a window for the US, but Washington needs to deliver,” said Gregory Poling, director of the Southeast Asia Program at the Center for Strategic and International Studies in Washington. “We need to show that we can run our own race, not just try to trip China up.”

Austin is the highest-ranking Biden administration official to visit the region since President Joe Biden traveled to South Korea and Japan last month. And it comes amid a slew of diplomatic travel to Asia this month, including by Deputy Secretary of State Wendy Sherman, US Special Envoy to North Korea Sung Kim and State Department Counselor Derek Chollet.

Austin will use meetings with counterparts from Australia and Japan to reinforce the burgeoning Quad partnership, which also includes India. Last month, the group announced a program aimed at curbing illegal fishing in the Pacific, a concern aimed primarily at China’s fishing fleet, which often is deployed to assert control over contested waters. There may also be updates on the deal for the US and UK to share nuclear submarine technology with Australia.

No major breakthroughs are expected in Austin’s meeting with Wei. But a key US goal is to help establish guardrails for the military relations to prevent competition from getting out of hand, an American defense official said.

The top concern remains Taiwan, particularly after Biden said last month in Tokyo that the US would intervene militarily to defend the island if China attacks — calling into question the longstanding American policy of strategic ambiguity. Although White House officials later said that Biden didn’t mean the US would send troops and affirmed there was no change in policy, China has been increasingly wary of increased American ties with Taiwan.

The defense chiefs may find common ground over North Korea’s latest barrage of ballistic missile tests, with both sides concerned that the moves may be a precursor to testing a nuclear weapon for the first time since 2017. The State Department’s Sherman vowed a “swift and forceful response” to any test, but it’s unclear what that would entail with China and Russia likely to block action by the UN Security Council.

That reality underscores how areas of agreement are increasingly hard to find, while doubts linger about the seriousness of the US commitment to the region.

“US officials from both parties have promised to shift focus to Asia for a decade, but these promises haven’t been matched with action, including in the security domain where the US military’s edge has eroded substantially,” according to Zack Cooper, a senior fellow at the American Enterprise Institute and a former Pentagon official.

Last month, Secretary of State Antony Blinken laid out the threats the US sees in Xi’s leadership, saying that Beijing has become too aggressive abroad and too repressive at home.

“Rather than using its power to reinforce and revitalize the laws, agreements, principles and institutions that enabled its success so that other countries can benefit from them too, Beijing is undermining it,” Blinken said May 27.

Washington’s partners in Asia have also acted. Japan’s cabinet approved a record defense budget of 5.4 trillion yen ($40 billion) in December, the country’s 10th straight increase in annual defense spending. Last July, the Philippines restored a military agreement that makes it easier for US forces to move in and out of the country after outgoing President Rodrigo Duterte promised to terminate it.

Officials in Beijing aren’t idly watching the US moves, even as they focus on trying to stamp out Covid-19 amid a rapidly slowing economy. The Solomon Islands recently signed an agreement allowing China to work with the Pacific nation’s aviation, tourism and business sectors, the archipelago’s government said in a statement following a visit by Chinese Foreign Minister Wang Yi.

That agreement prompted Australia’s Foreign Minister Penny Wong to visit the region within days of her Labor party taking power, promising that her country’s aid to Pacific nations wouldn’t come “with strings attached.”

China later suffered a setback in a bolder plan to consummate a sweeping trade and security deal with ten Pacific Island countries, with some expressing concern about elements of the proposal, Australia’s ABC News reported. That corresponded with Fiji becoming the 14th country included in Biden’s Indo-Pacific Economic Framework, an initiative that falls short of a trade deal and includes vague benefits for members.

But while many nations want the US to counterbalance China, they also don’t want to get caught in the middle or be forced to choose sides.

“Asian countries, like others, are now more wary of sound bites,” said Elena Collinson, a senior project and research officer at the Australia-China Relations Institute of the University of Technology Sydney. “They will try to balance competing prerogatives when choosing sides, if any side is overtly chosen at all.”

Singapore Prime Minister Lee Hsien Loong signaled those concerns at an event in Tokyo last month, urging that China not be isolated.

“The message remains that, overall, growing tension and poor communication between the defense establishment is not healthy for the wider region,” said Evan Laksmana, senior research fellow at the Lee Kuan Yew School of Public Policy at the National University of Singapore. “The issue is whether or not more communication leads to some sort of de-escalation in the US-China competition.” 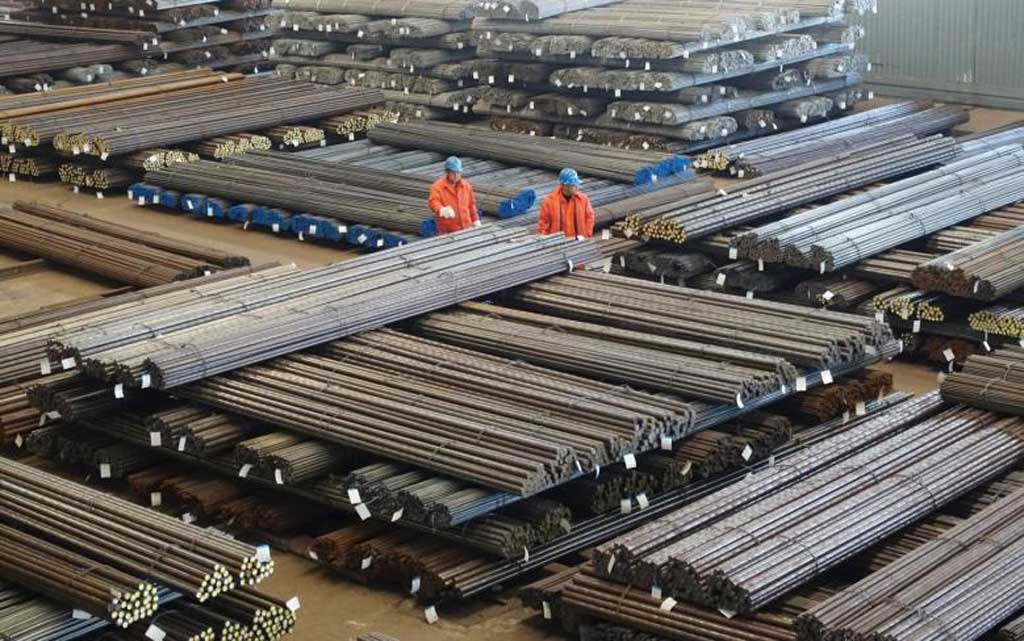