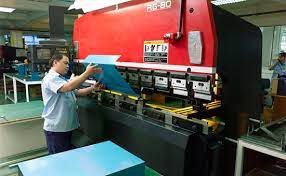 Car rental and financing firm SRS Auto Holdings is offering to take over Allied Technologies for 0.88 cent per share. With a base of 1.77 billion, privately-held SRS’ offer values the SGX-listed parts maker at $15.6 million.

The offer price of 0.88 cent is a 20% discount off Allied Technologies’ last traded price of 1.1 cents. Trading has been suspended since May 8 2019.

Allied Technologies was in the news over the past few of years after some $33 million held in escrow had gone missing and its then lawyer Jeffrey Ong Su Aun, former managing partner of JLC Advisors, was uncontactable.

Since then, Ong has been held in remand and faces a litany of charges involving various companies.

According to Allied Technologies’ announcement on June 18, a group of 21 shareholders have agreed to sell their shares to SRS Auto, whose sole director is one Tan Yew Kiat.

These shareholders, including executive director Kenneth Low Si Ren, hold 42.71% of the shares in total.

Last April, Low was named as a co-accused of Ong, the lawyer, for five of the charges.

SRS plans to delist the company if it can gain control over more than 90% of the shares.