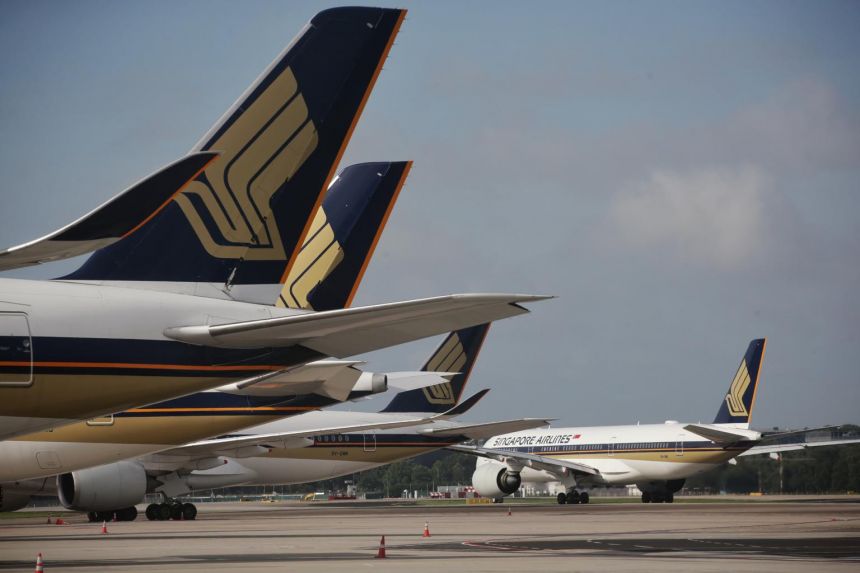 Driven by a strong pax volume recovery and strong airfares in recent months, SIA is likely to turn in a profit in 1QFY23. We deem the street’s current FY23 full-year net profit forecast of S$316m (vs our forecast of S$1.35b) conservative and due for positive surprises. Looking beyond upbeat near-term earnings, SIA’s full recovery hinges on Northeast Asia, and its current valuation appears rich to us. Maintain HOLD with an unchanged target price of S$4.88.

• SIA is scheduled to announce its 1QFY23 business update on 28 Jul 22 (Thursday) after trading hours.

• Expect 1QFY23 reported net profit to come in at S$180m-350m. The upcoming business update is the first quarterly reporting after Singapore’s major border measure relaxations (effective from Apr 22) and we expect an overall positive tone from the company. As Singapore Airlines (SIA) is now in a turnaround situation whereby a slight variance in any of the underlying operating drivers (eg the speed/timing of workforce ramp-up, level of pax yields, etc) would result in significant fluctuations in profitability, we find it difficult to do a quarterly earnings estimate with good accuracy at this juncture. Our guided range of S$180m-350m is based on our best guesstimate, by referring to SIA’s reported net loss of S$210m in 4QFY22 and adjusting for the rise in passenger numbers (about +150% qoq in 1QFY23 by our estimate) and surge in airfares in the recent months.

• Consensus FY23 full-year forecast likely to be conservative. According to Bloomberg, the street’s FY23 net profit forecasts average S$316m. This compares with our FY23 full year net profit projection of S$1.35b (S$487m if we exclude the impact of a substantial fuel hedge gain of about S$860m by our estimate). We believe the street might have underestimated the power of SIA’s operating leverage and could be positively surprised by its upcoming 1QFY23 results.

• Strong near-term recovery momentum well guided. According to SIA, its launched pax capacity has been well booked into 2QFY23 with strong pax yields. In a recent press release, the company guided to further re-activate its pax capacity to 81% of pre-pandemic levels by Dec 22. This is slightly faster than our projected 75% by Dec 22.

• Northeast Asia remains a drag. Strong near-term momentum aside, we note that the full recovery of SIA hinges on the re-openings of Northeast Asian countries (which collectively formed 26% of Changi Airport’s passenger throughput in 2019), as they have been significantly lagging against the backdrop of global air travel open-up.

• China sticking to its “Dynamic Zero-COVID” policies. The country is still in a largely locked-down state and has no timeline of opening up.

• Japan and Taiwan are gradually opening up their borders but at a very cautious pace. Japan has reopened its borders to travellers on guided tours from 10 Jun 22, but remains closed to individual travellers. It is also limiting the number of overseas arrivals to a daily cap of 20,000, which accounts for about 14% of the country’s average daily overseas arrivals back in 2019. Taiwan has also recently loosened its border controls, allowing entries by international travellers from 15 Jun 22. On-arrival tests and three-day quarantine (followed by a four-day self-initiated pandemic prevention) are required. Taiwan is currently capping the overseas arrivals at 40,000 per week, representing only about 7% of Taiwan’s average weekly overseas arrivals in 2019.

• Valuation is rich; maintain HOLD with unchanged target price of S$4.88. Our target price is pegged to 1.12x FY23F P/B, which is 2.0SD above SIA’s historical average of 0.96x during the pre-pandemic years. SIA’s current price of S$5.23 implies a FY23F P/B of 1.20x. Near-term trading sentiment on SIA could be high, driven by the positive news flow on Singapore’s air traffic recovery and the likely exceptionally strong earnings (passenger volume recovery coupled with strong airfares) in the next two quarters. However, we think the current level of valuation is unlikely to be sustainable by SIA’s fundamentals in the long run, as competitors gradually recover/add more capacity, which would gradually drive passenger yields to more normalised levels.