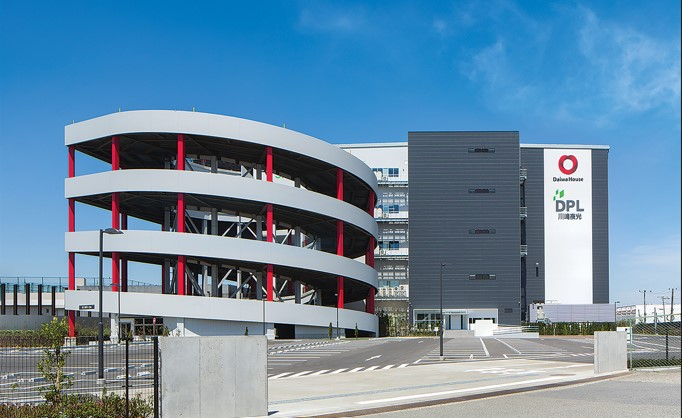 1H22 revenues and NPI slightly below forecasts due to weaker JPY

In JPY terms, revenues would have been c.0.4% higher than IPO forecasts. The higher revenues were due to higher utilities income recoverable from tenants, and other income. However, as the JPY has weakened against the SGD, revenues and NPI for 1H22 (26 Nov 2021 – 30 June 2022) were 3.6% and 4.5% lower than forecasts. In addition to the weaker JPY, NPI was also impacted by higher depreciable assets. Depreciable asset tax is calculated based on allocation of fixed assets, and the asset manager is currently applying for the Japan tax authority to change the basis of allocation.

Distributable income was in line with forecasts

Despite the weaker JPY, distributable income and DPU were in line with forecasts due to some savings and higher capital returns. Finance expenses were lower than forecast due to DHLT securing loans at lower costs, the slightly earlier than projected repayment of consumption tax loan, and the weaker JPY. Trust expenses were also lower than forecast due to lower Group operating expenses. This contributed to a total savings of more than S$0.9m in 1H22.

Portfolio occupancy remained stable at 98.6% as all leases that expired in 1H22 were renewed. The only vacancy remained at DPL Koriyama (c.6,000 sqft.). At IPO, c.23.1% of leases were due to expire in FY22, and it has now been lowered to only c.8.4% for the rest FY22. Lease expiries over the next two years will come from multi-tenanted assets, and the first lease expiry for single-tenanted assets will only be due in FY24.

For all the leases renewed in 1H22, there were no rent reductions, and the average positive rental reversions were 3.1%. The average lease terms of leases that were signed and renewed in 1H22 was approximately four years. This has enabled DHLT to maintain a healthy portfolio WALE of c.6.8 years.

S$0.7m in repair works expected to be incurred in coming quarters

As reported in March 2022, the earthquake in northeast Japan led to some damages at DPL Sendai Port and DPL Koriyama. The sponsor has carried out restoration works to DPL Sendai Port at its own expense. However, there are additional repair works at both properties that will have to be borne by DHLT. Such repair works are estimated to be JPY65m or c.S$0.7m, and are expected to be incurred over the coming three quarters.

Gearing inched up to 34.0% due to translation losses

Gearing inched up from 33.2% to 34.0% due to translation losses of its portfolio arising from the weaker JPY. All-in financing costs remained stable at 0.9% as 100% of its loans have been hedged to fixed rates. DHLT’s first loan maturity will only begin in FY24.

DHLT continues to systematically hedge distributable income on a one-year forward rolling basis. As such, we understand that its FY22 income has previously already been hedged at a more favourable exchange rate as compared to current spot rates of S$1: JPY96.7.

In our estimates, we have assumed that DHLT’s FY22 income has been hedged at an average of S$1: JPY90.0, based on the average exchange rates from its IPO (November 2022) until today. With the spot rates hitting a high of S$1: JPY97.6 in June 2022, and gradually improving to S$1: JPY96.7 currently, we have assumed an average exchange rate of S$1: JPY 95.0 for DHLT’s hedges in FY23. For our earnings projections in FY24 and beyond, we have further assumed that the JPY will gradually revert to its historical average rate, leading to a rebound in DPU.

As we do not take a view on FX rates, our assumptions are entirely based on an arithmetic averaging approach.

We expect DHLT to continue reporting strong portfolio operating metrics with high occupancy rates and positive rental reversions. Although a large supply of logistics space in expected to come online in Japan in FY22 and FY23, we believe DHLT’s portfolio will continue to remain resilient given its long WALE of c.6.8 years and the quality of its portfolio. Moreover, a large portion of the new supply is believed to have already been pre-committed and businesses in Japan are expected to continue expanding, especially for businesses in the logistics sector.

Unlike its S-REIT peers, DHLT is largely insulated from cost inflation and rising interest rates. Its operating and utility costs are mostly passed on to tenants, and its loans are entirely hedged to fixed rates until at least FY24. However, the depreciating JPY against the SGD will be the major overhang for DHLT.

We have revised our estimates to consider the impact of the weaker JPY to earnings. Based on our assumptions, there will be a c.9% downside in FY22 DPU, entirely due to the depreciating JPY against SGD. We project that the impact to earnings will worsen to c.15% by FY23, before gradually reversing from FY24 onwards.

Although DHLT could potentially bolster its earnings through acquisitions, we have not priced in any acquisition assumptions into our estimates as there is still no clear guidance on growth plans in the near term. With a healthy gearing of only 34.0%, DHLT has a debt headroom of c.S$90m (gearing of 40%) that they could tap on to fund an acquisition and surprise on the upside.

Based on our restated projections, we will be lowering our TP to S$0.88 but maintaining our BUY recommendation on a valuation basis