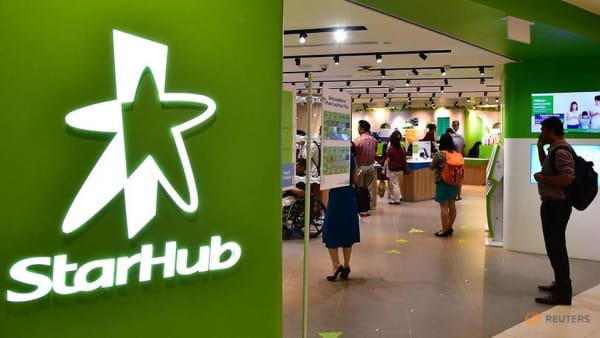 1H22 earnings of S$60.9m (-10% y-o-y) comprised 58% of our FY22F estimate. Net profit surprise came from higher-than-expected service EBITDA margin at 24.6% vs our FY22F estimate of 22.6% and management guidance of minimum 20% for FY22F. Starhub expects to incur IT transformations cost and 5G related operating expenditure in 2H22F, so we keep our estimates intact.

1H22 service revenue of S$871m (+12% y-o-y) was in line, driven by acquisitions. Service revenue which excludes equipment/handset sales reported S$871m (+12% y-o-y) for the 1H22 period which was 48% of our FY22F expectations and above the management guidance of +10% y-o-y growth. Mobile revenue during 1H22 was S$268m (+3.6% y-o-y) representing 46% of our FY22F forecasts. 2Q22 Postpaid average revenue per user (ARPU) remained flattish q-o-q at S$29 as more people migrated to SIM-only plans offsetting higher 5G subscriber base. Excluding one-offs, postpaid ARPU  would have been risen to S$30 benefitting from the rise in roaming. Broadband service revenue increased 21% y-o-y in 1H2022, mainly due to the consolidation of MyRepublic Broadband that contributed revenue of S$12.6m in 2Q2022. while Enterprise Business revenue increased 16.9% y-o-y in 1H2022, due to the consolidation of JOS SG and JOS MY.

Mobile services revenue has been rather stable

Enterprise business revenue ofS$390m (+17% y-o-y) was in line with our projections. Lower contributions from data and internet, managed and voice services resulted in recording S$175m (-3.4% y-o-y) for network solutions. STH’s cybersecurity services reported revenue of S$120.6m (+4% y-o-y) mainly due to growth in revenue from markets overseas, offset by the absence of a major project delivered in June 2021. On regional ICT services, revenue was at S$94m (+158% y-o-y) due to the consolidation of consolidation of JOS SG and JOS MY.

StarHub announces interim dividends of 2.5 Scts per share. According to StarHub’s FY22F dividend guidance to pay the higher of 5.0 Scts per share or distribute 80% from the normalized earnings, StarHub declared an interim dividend of 2.5 Scts per share. While Capex commitment made in 1H22 amounted to S$79.7m which is 7.5% of total revenue, well below the FY22F guidance of 12-15% of total revenue. Management indicated that higher capex commitment in 2H22, therefore we keep our estimates intact.