The ten Chinese developers that we cover and have released interim results for 2022F reported a 20% yoy decline in core net profit, on average. Nevertheless, we see diverging performance between state-owned enterprise (SOE) developers plus Longfor, and other non-SOE ones. COLI, CR Land, Vanke, Greentown and Longfor beat our estimates by 6- 92%, while CIFI, Country Garden (CG), KWG, Agile and Times missed our estimates by 26-94%. The key reasons for the divergence are 1) 1H22 revenue for SOE developers and Longfor were less impacted by delivery delays than non-SOE ones; and 2) gross margin (GPM) contractions for non-SOE players being generally larger than for SOE ones. The ten developers reported on average a 5.7% pts yoy decline in GPM in 1H22.

Probably no “golden months” for property sales this year

The ten Chinese developers reported a 39% yoy decline in contracted sales in 1H22 with a low average run-rate of 35.2% (vs. 49.4% in 1H21). Their poor sales performance could be attributable to Covid-19-related lockdowns (especially in cities in the Yangtze River Delta) that disrupted new project launches, and the lack of sufficient stimulus measures for property sales. Their monthly sales in Jul-Aug 22 appeared to remain weak with c.40% yoy declines, on the back of the nationwide mortgage boycott campaigns which emerged in mid-Jul 22. In our view, with homebuyer sentiment remaining sluggish, developers’ sales in Sep and Oct, the traditional “golden months” for their annual property sales, may not improve significantly from the first eight months of this year.

Their net gearing rose by 9% pts hoh, on average, in 1H22, despite very few acquisition activities, as a result of: 1) lower cash inflows from contracted sales than in 2H21; 2) continued cash outflows for construction and salary payments; and 3) debt repayments. In our view, the net gearing of non-SOE players (except for Longfor and Agile) may not fall off in 2H22F unless more concrete measures from the government are in place to stimulate property sales and guarantee the delivery of projects

To see more aggressive policies to revive the sector

Despite supportive measures implemented YTD, the property market seems not to have responded positively – industry sales are down c.30% YTD and land sales have fallen 50- 60% yoy. The property market is crucial to China’s economy – accounting for one-third of its GDP, with land sales financing 40-50% of local governments’ budgets, and one of the key sectors for job creation. As such, we assess that the central government and regulators will invariably have to roll out more aggressive measures to stabilise and revive the sector. For example, reports from Securities Daily say that many cities have already lifted or loosened home purchase restrictions (HPR), one of key measures curbing property price gains in recent years.

We reiterate our sector Overweight rating despite near-term weakness in property sales, in anticipation of more aggressive policies to stabilise the property market. Among nonSOE players, Longfor is our high conviction pick. Meanwhile, we also like CIFI and CG. As for SOE developers, we like CR Land and COLI. Key downside risks to our Overweight rating are more developers defaulting than we expected, and more
pandemic-related lockdowns. Constructive policies to stimulate property sales, and stronger-than-expected contracted sales are key re-rating catalysts for the sector. 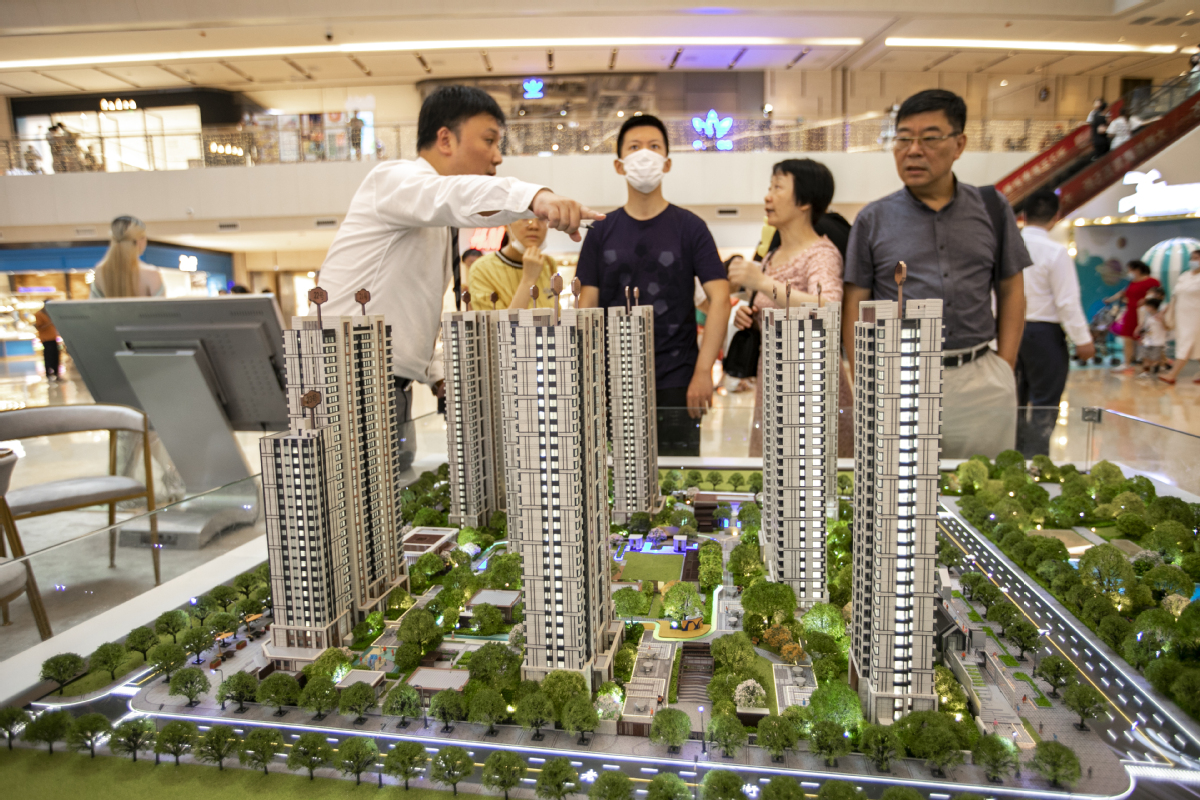