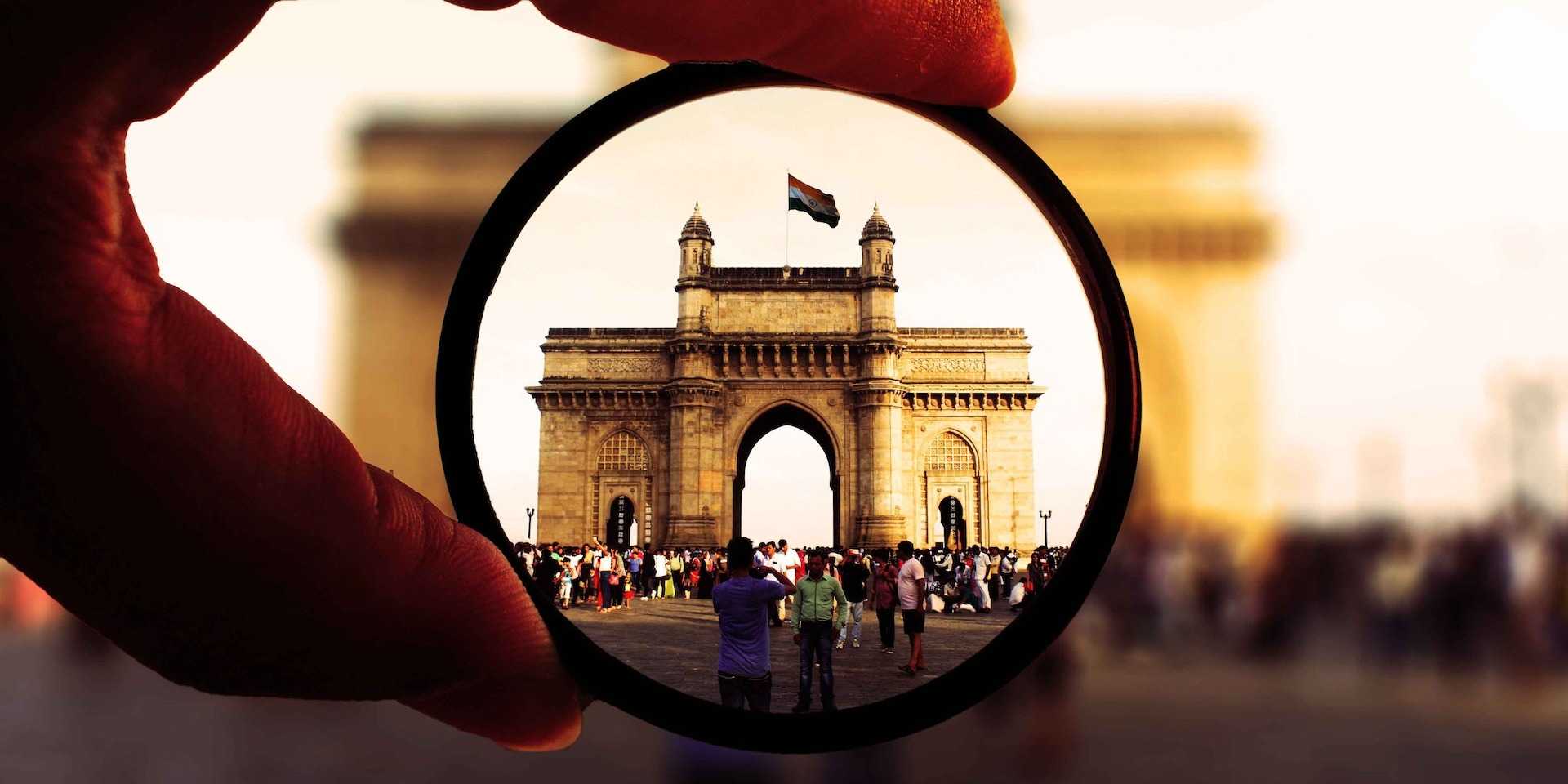 After delivering strong returns in 2021 and turning in a relatively decent performance in the year thus far, we believe Indian equities have run its course. With the risk-reward looking increasingly unfavourable, we are downgrading Indian equities.

This year has been a roller coaster ride for the volatile Indian equities. After a -15% sell-off in the second quarter, the Sensex Index rebounded 17% early in the following quarter, paring losses from 1H22. Indian equities have remained close to its all-time high despite muted returns year-to-date (Chart 1). After strong returns last year and relatively decent performance in the year thus far, we believe Indian equities have run its course. With the risk-reward looking increasingly unfavourable, we are downgrading Indian equities and in this article, we outline the reasons why.

Chart 1: Sensex Index near an all-time high despite the market gyration this year

Inflation remains stubborn in India, fuelled by persistently robust food inflation, driving headline CPI from 6.7% year-on-year (YoY) in July to 7.0% YoY in August (Chart 2). Food prices, in particular, are significant in determining India’s inflation outlook given its outsized 46% weight in India’s CPI basket. The unfortunate combination of declining production, higher export demand, and adverse weather conditions has catapulted food prices in India higher. Given the multiple demand and supply-side factors driving food prices and the difficulty in ascertaining when these will fade, we expect heightened food prices in the near-term, which should keep India’s CPI inflation elevated.

The extreme weakness in the rupee will further add to the upside risk in inflation. The rupee has continued its march downwards this year, falling to a record low against the dollar despite the Reserve Bank of India’s (RBI) intervention via its foreign currency reserves (Chart 3). We expect the downward pressure on the rupee to continue given the likelihood of larger Fed hikes (relative to the RBI), and pressure from India’s gaping trade deficit. The weakening rupee will continue to exert inflationary pressures through the import channel, and the lagged impact of this transmission could mean upside risks for India’s CPI in the next few quarters.

Chart 3: RBI has been drawing down on its USD foreign reserves to defend the rupee but to little effectiveness

With these upside risks to India’s inflation likely keeping it above RBI’s inflation target longer than expected, we expect the central bank to defend its aggressive stance with further rate hikes. Further, we think i) the aggressive pace at which major central banks are hiking rates, and ii) larger rate hikes as a mean to defend the rupee, are considerations that may embolden the RBI’s rate hike decision.

Our view on India’s inflation and the expectation of RBI’s aggressive commitment lead us to expect stickier macro headwinds in the near-term. While India’s PMIs indicate a robust recovery since August, we remain cognisant of the growth risks and are less sanguine on the sustainability of this recovery, especially amidst cooling global growth and tighter financial conditions. Once growth starts to disappoint, we expect earnings for Indian equities to be cut.

While EPS downgrades are a common occurrence (Chart 4), what we are concerned about this time is the likelihood of steeper downgrades for Indian equities moving forward, suggesting a greater risk of equity downside. We think further negative EPS revision is highly likely, with escalating domestic and global macro headwinds (as outlined above) expected to weigh on firms’ profitability. Management guidance during the recent earnings calls has signalled increasing concern on rising input cost despite price hikes. More broadly, aggregate margins for Indian corporates have seemingly peaked and are starting to decline (Chart 5).

Thus far, EPS downgrades for Indian equities are around -0.8% but we expect the region to see downgrades of around -10% this FY, barring an outright recession or a shock to the equity market. EPS downgrades are likely to come in line with levels seen over the past five years (Chart 6). Furthermore, we expect EPS cuts to first come from cyclical sectors (industrials, materials, energy, and financials), especially those with a global revenue exposure, as a result of softening global demand.

Chart 5: Margins are peaking and are starting to decline

3. Valuations have surged and are trading at elevated levels

Following a steep nine point valuation de-rating early this year (from a year-to-date peak of 27X to a trough of 18X), the forward PE ratio of Indian equities briefly fell back to levels in line with its historical average. However, this was short-lived as the rally in 3Q took valuations back towards the one standard deviation level. As such, the Sensex Index is currently trading at a forward PE of 21.0X, a 17% premium to its long-term average and around peak levels seen pre-Covid, between 2017 to 2020 (Chart 7).

On a regional level, Indian equities have also become pricier relative to the broader basket of Asian stocks (gauged by the MSCI Asia ex-Japan Index).  While the former tends to trade at a higher forward PE multiple to Asian equities, this premium has widened after the rally in 3Q as valuations for Indian equities expanded while that of Asian equities contracted.

With absolute and relative valuations already at elevated levels and the likelihood of additional EPS downgrade stretching multiples further, we expect greater pressure on valuations moving forward. This is concerning as we now see greater risk of a steeper valuation contraction upon the emergence of negative catalysts, especially with the global hawkish rhetoric already exerting pressure on multiples.

Chart 8: Indian equities are trading at a larger premium relative to Asian ex-japan equities, even when compared to the past five years

Chart 9: Indian equities are the most expensive market across major emerging markets

Despite the above headwinds, India’s secular growth potential remains firm and intact given secular domestic tailwinds and positive reforms (list of tailwinds and reforms in Table 1). The nation has favourable secular domestic tailwinds, such as a rising middle class and a relatively young population, both of which will support the long-term growth prospects of India, especially the consumption story. The reform momentum has been fairly consistent over the last few years despite Covid-19. A multitude of minor and major changes, such as a reduction in corporate tax rates and the production-linked incentive scheme, were implemented and much welcomed by investors. Additionally, policymakers have also been vocal about sustaining structural reforms after Covid-19.

Arguably, one of the biggest structural drivers for India will come from its position as a key beneficiary of the relocation of supply-chain away from China. This has arisen partly due to ongoing US-China tensions, as well as China’s shift away from a manufacturing/export growth model. We believe India is a prime location for international supply chains given the nation’s wage advantage, pro-business environment, and government incentives.

With a higher risk of valuation contraction and EPS downgrade happening, we expect considerable downside based on our analysis of Indian equities’ sensitivity to EPS revision and changes in PE ratio. As shown in Table 2, assuming the consensus forward PE remains the same at 21.0X, a negative EPS revision would imply negative returns by March 2023 (end-FY2023) at current price (as of 27 September 2022). A one point forward PE contraction (from 21.0X to 20.0X) with negative EPS revision between 0% to -10.0% would imply a greater downside of between -5% to -14%.

Even if the forward PE expands (above 21.0X), which we believe is challenging, the margin of safety for positive returns when EPS is downgraded is slim. At a forward PE of 22.0X, a negative EPS revision of more than -4% would result in negative returns, while at a forward PE of 23.0X, this threshold widens to -8.5%. Therefore, with a heightened likelihood of negative EPS revision and a higher risk of valuation contraction, we believe the downside risk for Indian equities has escalated in the near-term. The risk-reward has become increasingly asymmetrical with the risk outweighing the reward.

Table 2: Implied upside/downside based on sensitivity of Sensex index to EPS revision and forward PE ratio

With our designated fair PE of 19.0X and EPS projections after adjusting for downgrades, we project a target price of 62,900 for the Sensex Index by Mar-2025 (end-FY2025) (Table 3). This implies a maximum upside potential of 10% which has been compressed by Indian equities’ surge in valuations. In our view, the potential return which Indian equities offer over the next 1-2 years pales in comparison to regional peers, such as China and the broader and diversified Asia ex-Japan equities, both of which offer stronger longer-term returns as valuations remain notably cheaper.

On balance, we downgrade Indian equities – which are still trading near an all-time high (gauged by the Sensex Index) – given i) unabating macro risks, ii) incoming EPS downgrade, iii) expensive valuations, and iv) unattractive returns. However, the long-term outlook and secular growth opportunities remain intact, supporting a case of re-entry once the risk-reward balances out. We downgrade Indian equities’ Star Rating from 2.5 Stars “Neutral” to 2.0 Stars “Not Attractive”.

Table 3: Projected upside for Indian equities remain muted over the next 1-2 years

Declaration:
For specific disclosure, at the time of publication of this report, IFPL (via its connected and associated entities) and the analyst who produced this report hold a NIL position in the abovementioned securities.

The Research Team is part of iFAST Financial Pte Ltd.