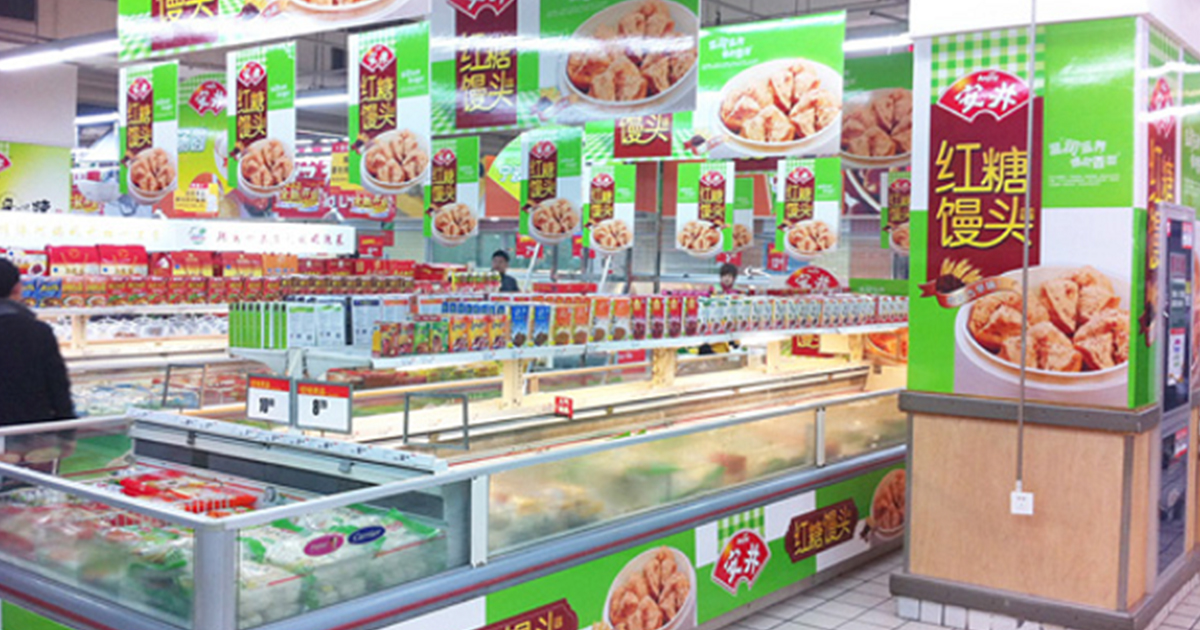 Anjoy is the largest player in both frozen food and frozen hotpot food sectors with 5.3% and 10.8% market shares in 2021, based on our estimates. According to Statista, percapita consumption volume in China for ready-to-eat food (including semi-finished and frozen food) is 9.1kg in 2021, much lower than 23.1kg in Japan and 16.1kg in the US. We believe China frozen food industry is still in the growth phase and the No.1 player, Anjoy, will continue to gain market share, supported by its strong competitive advantage of 1) solid position in B2B channel and successful penetration into B2C channel, and 2) continuous new products launching and well-established brand image. Huaon Industry Research forecasts China frozen hotpot food to grow by 12% yoy CAGR in FY21-25F.

During the pandemic period, Chinese consumers are becoming more accepting on the frozen hotpot food and semi-finished food. iiMedia forecasts semi-finished food will grow at 25% yoy sales CAGR in FY21-25F. Anjoy entered this industry in 2018 and its semifinished food segment achieved 53% yoy sales CAGR for FY18-21 and contributed 15% sales in FY21. Anjoy has formed a mature development strategy on semi-finished food through three different operation models: 1) The Mr. Dongpin brand, operating under the OEM light asset model aimed at the B2C channel, 2) the private label, Anjoy Little Kitchen,
set up in May 2022, aiming for the B2B channel, and 3) the acquired New Hongye (in 2021) and New Liuwu (in 2022) brands to enhance product diversity. The company also has started to expand production capacity for its semi-finished food business, which we forecast to grow rapidly at a 48% yoy sales CAGR in 2021–24F.

Previously before 2020, Anjoy had strong footprints in the B2B channel, but during the pandemic, Anjoy has timely adjusted its strategy to expand in B2C channel. And its B2C channel sales contribution has improved to 40% in FY21, from 30% in FY19. Anjoy’s new product series- Suoxianzhuan and Wanzhizhu have quickly been accepted by the retail consumers and has built a good brand image among household channels. Anjoy has achieved 33% yoy sales CAGR in FY19-21, outperforming the 2nd largest frozen food
player Sanquan (with 4% market share) (002216 CH, NR)’s 8% yoy CAGR. With its improving B2C channel sales contribution, we forecast Anjoy’s GPM and OPM to improve from 22.1%and 9.4% in FY21 to 23.2% and 12.4% in FY24F.

We initiate coverage on Anjoy with an Add rating and a DCF-based TP of Rmb212 (WACC: 7.6%, g:3%, beta:0.9), implying a 51.6x FY22F P/E, 0.9 s.d. above its historical average of 36x since listing. We believe Anjoy deserves a valuation premium due to its strong brand name and fast earnings growth potential. Anjoy is trading at 1.6x FY22F PEG, with 25% EPS CAGR in FY21-24F, more attractive than its foreign peers trading at an average 6.2x PEG and 8% EPS CAGR in mature frozen food markets, like Japan and US. Downside risks include food safety issue and cost pressure [see p26 for details].